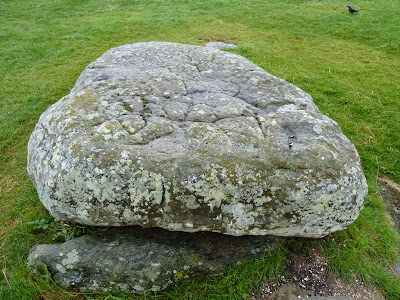 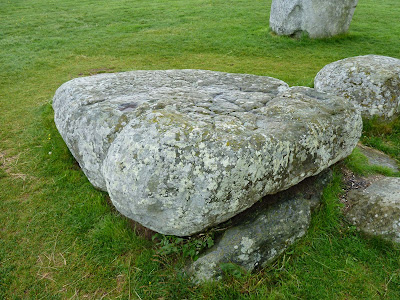 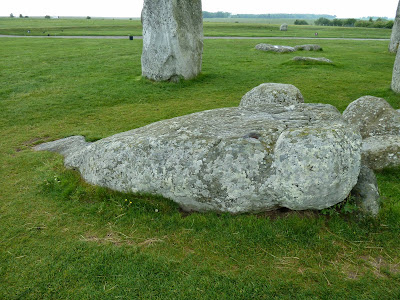 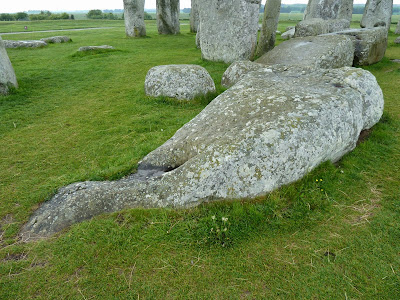 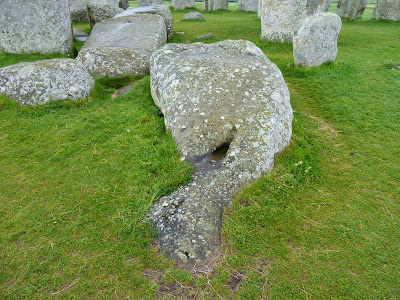 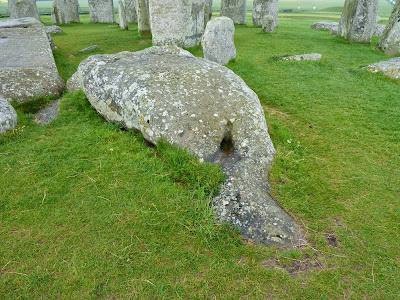 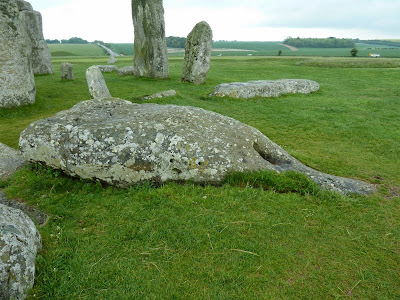 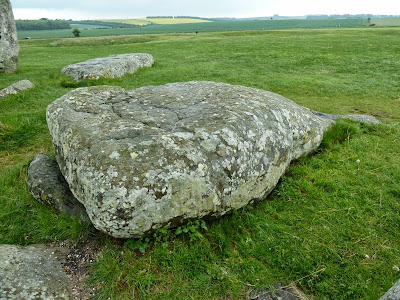 Stone 14 is the most likely candidate for being the one originally named as "The Friar's Heel" before that name somehow migrated to the Heel Stone. John Aubrey (Monumenta Britannica 1665-93, 95) wrote:

One of the great Stones that lies downe, on the west side, hath a cavity something resembling the print of a mans foot; concerning which, the Shepherds and countrey people have a Tradition (which many of them doe stedfastly believe) that when Merlin conveyed these Stones from Ireland by Art Magick, the Devill hitt him in the heele with that stone, and so left the print there. 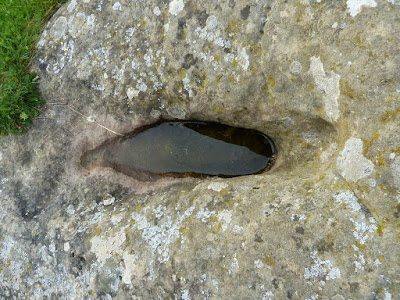