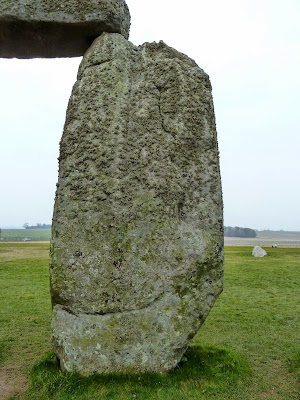 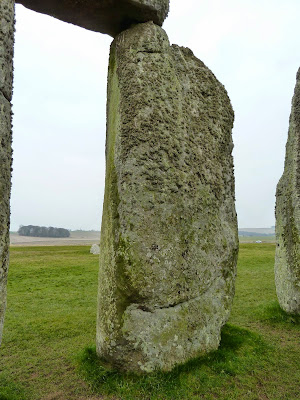 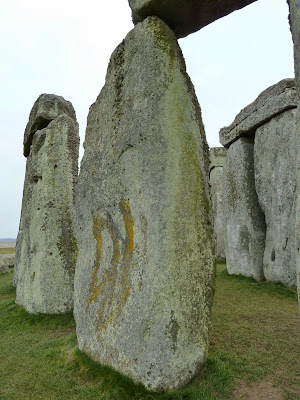 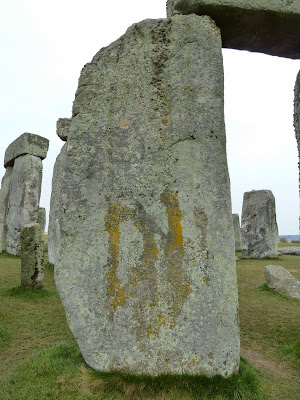 The prominent "D" and "I" visible on the easterly face of this stone is where lichen has colonised an area cleaned of graffiti (reputedly the graffiti was "RADIO CAROLINE", a UK pirate radio station founded in 1964). From the obituary of lichenologist Peter James:

Among the places James surveyed more than once was Stonehenge, for which he produced separate species lists for each of the 82 stones that make up the monument – including the bright-yellow lichen Candalariella which flourished wherever English Heritage had tried to remove paint graffiti. 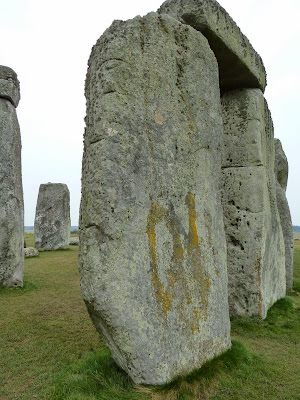 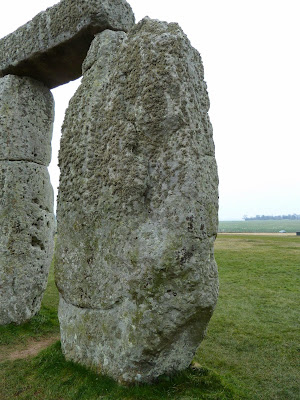