Labels: Bluestone, Stone 065, Type: Spotted Dolerite Group 1
On the afternoon of October 15th 1987, ten bluestones were sampled by Dr. Richard Thorpe by drilling cores 1" diameter by about 2" deep using a diamond drill bit. A further five bluestones had sample flakes removed from them.

Stone 65 shows evidence of where a core extraction was attempted. 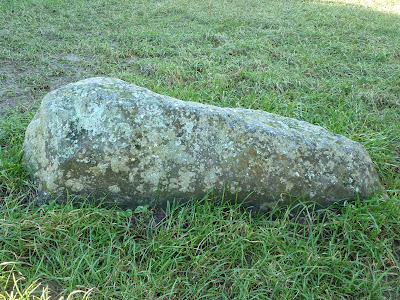 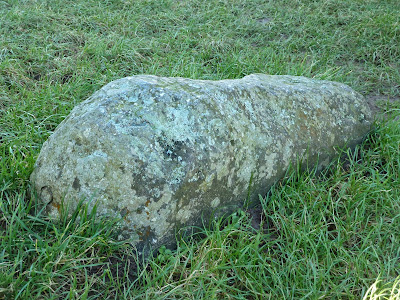 The ring where the core drill was used is clearly visible in the next photo: 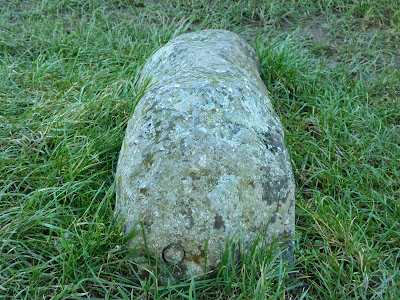 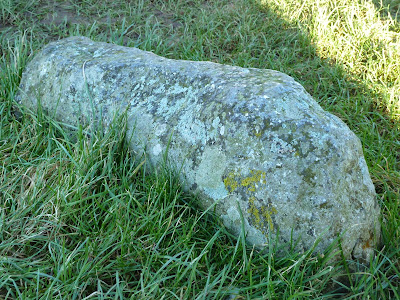 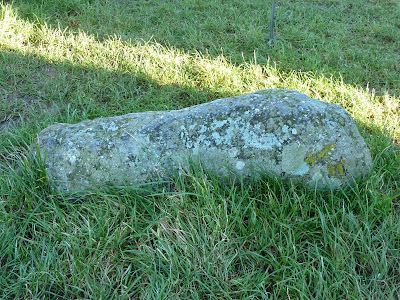 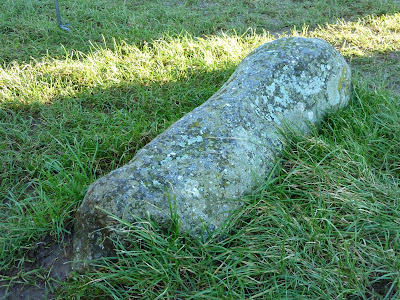 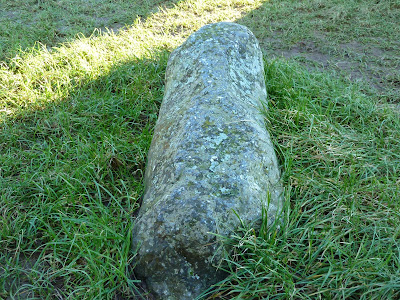 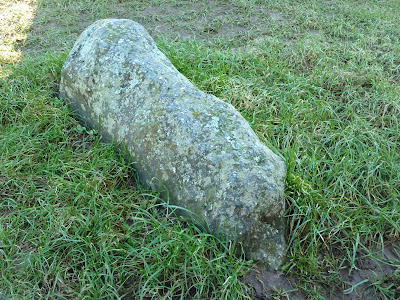 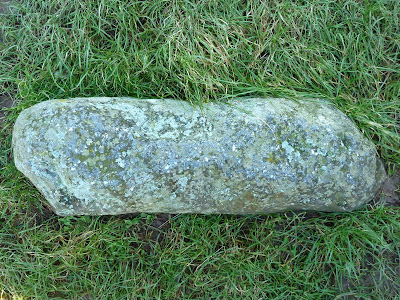