Labels: Altar Stone, Bluestone, Stone 080, Type: Sandstone (Devonian)
The Altar Stone lies at 80° to the main solstitial axis beneath the collapsed upright of the Great Trilithon (Stone 55b) and its lintel (Stone 156), sunk into the grass. The stone itself was broken by the fall of the Great Trilithon's upright and is in two pieces.
Many reconstructions and models of Stonehenge incorrectly show the Altar Stone at 90° to the main solstice axis. The 80° orientation means that its long dimension points directly to the Winter Solstice Sunrise and Summer Solstice Sunset directions.

In the first photo the eastern end of the Altar Stone is seen to the left of Stone 55b, the middle section is visible between Stone 55b and Stone 156 and the western end is out of shot to the right of Stone 156. 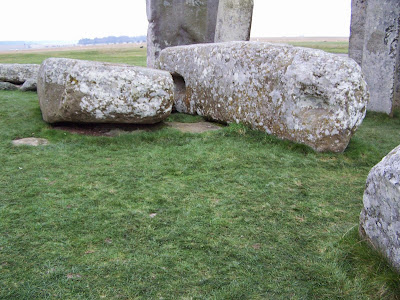 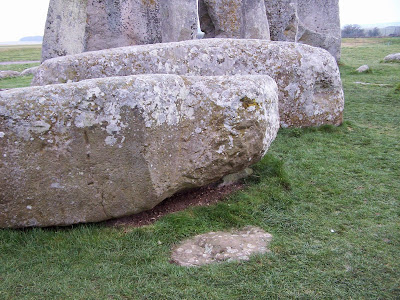 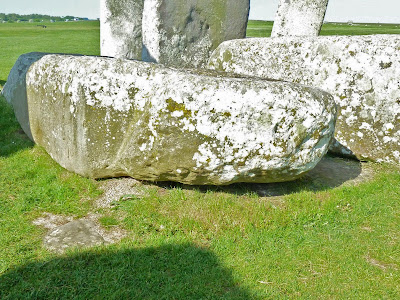 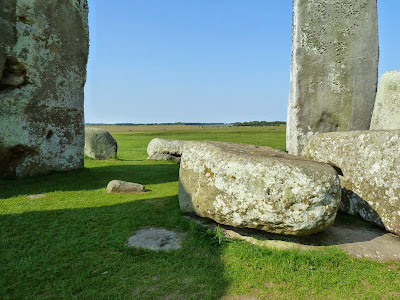 The middle section between Stone 55b and Stone 156: 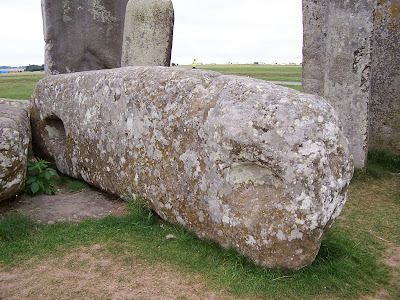 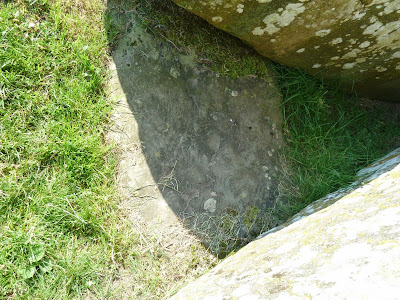 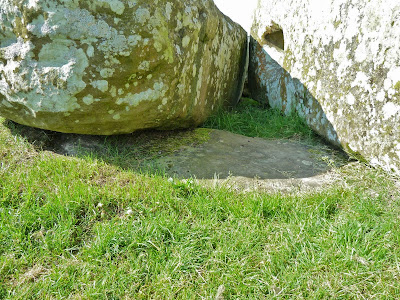 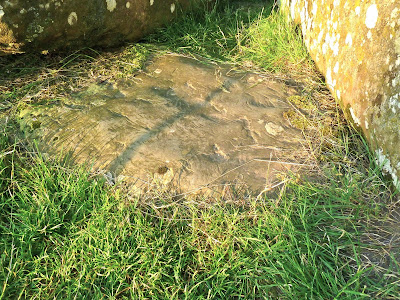 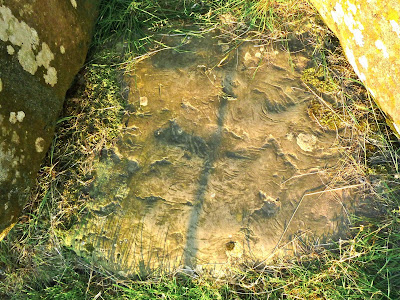 The western end beneath Stone 156: 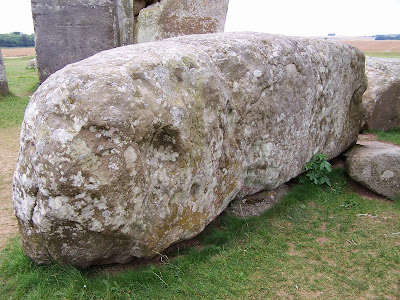 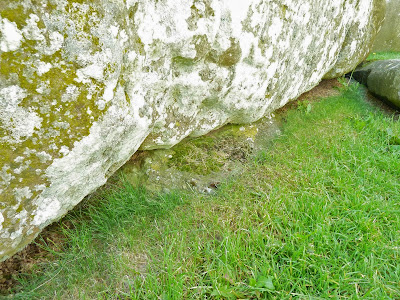 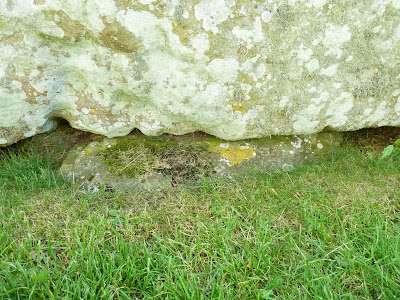 Stone 80 is of Type: Sandstone (Devonian)