Labels: Sarsen, Station Stone, Stone 091
One of four outlying stones called the Station Stones, of which only two remain. They formed a rectangle around the central monument with its sides in the ratio of 5:12.

The positions of the missing two Station Stones (92 and 94) are indicated by modern stone and steel markers in the turf - one on the South "Barrow" and the other on the North "Barrow". 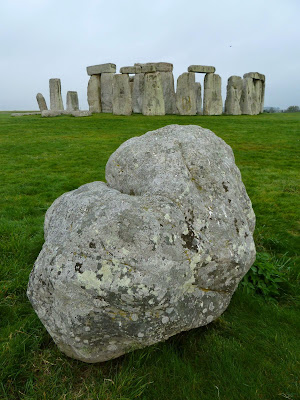 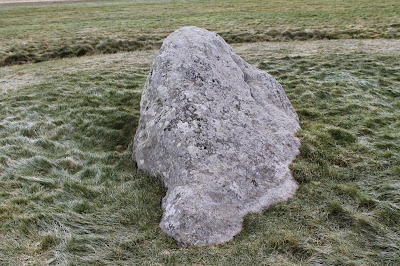 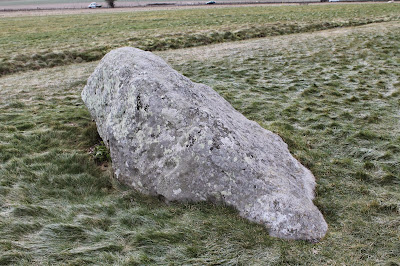 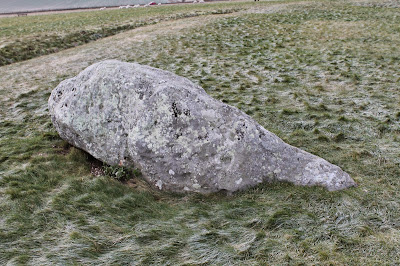 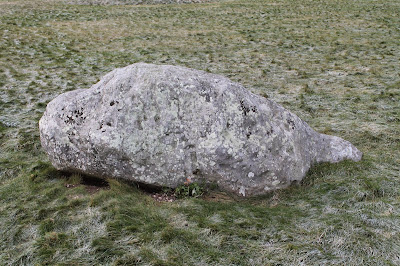 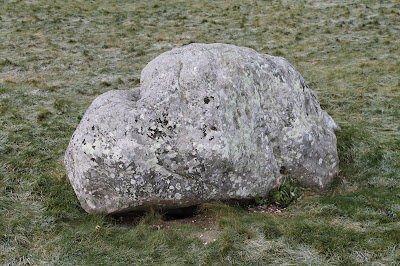 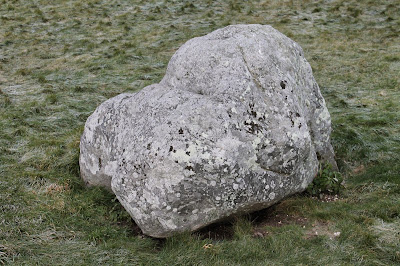 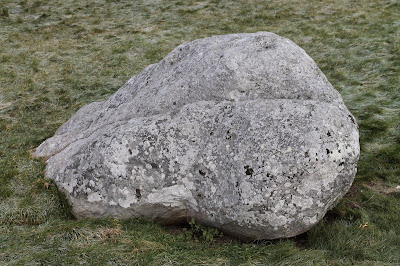 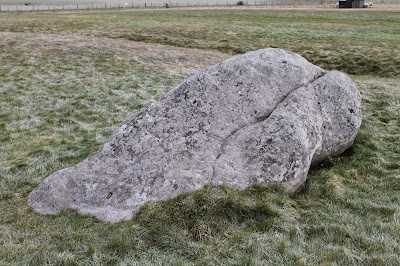 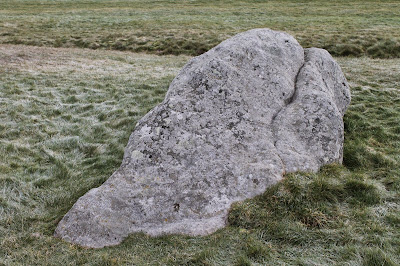 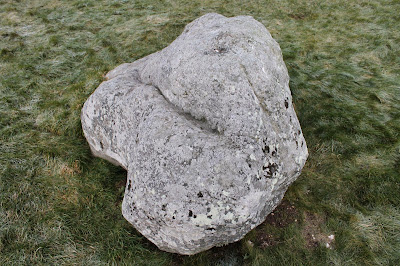