Labels: Heel Stone, Sarsen, Stone 096
The Heel Stone (or Hele/Heal Stone, sometimes also called "The Friar's Heel") is a natural stone that has not been worked or tooled.

It lies about 250' away to the northeast from the centre of the stone circle; at the top of the Avenue, fractionally to the east of the main solstitial axis.

That axis is marked by a large modern bronze arrow set into the ground surface just beyond and to the left of the stone in the picture below. 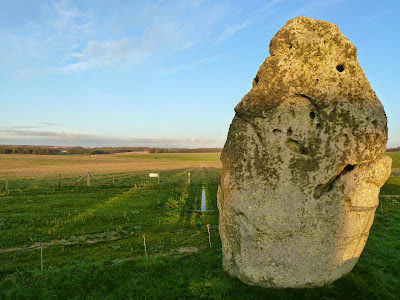 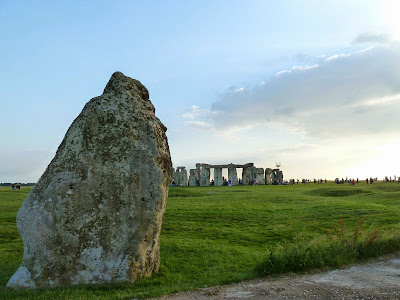 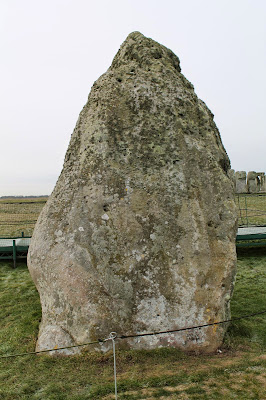 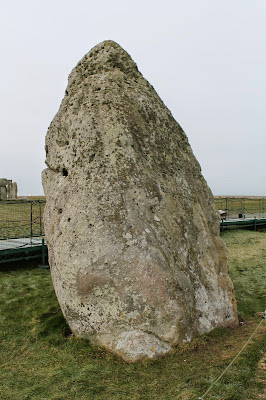 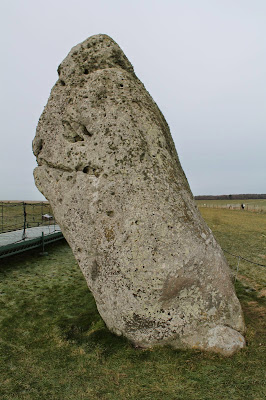 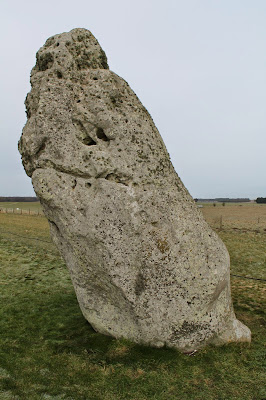 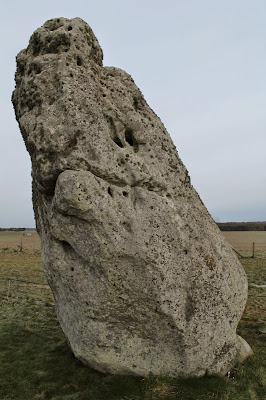 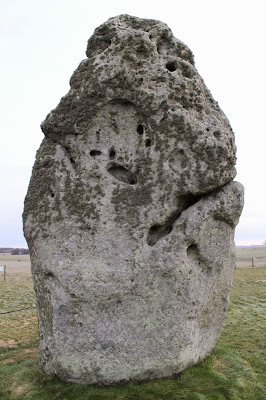 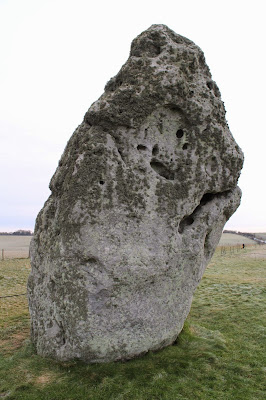 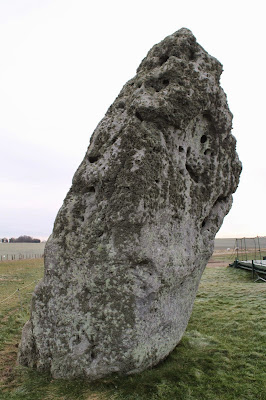 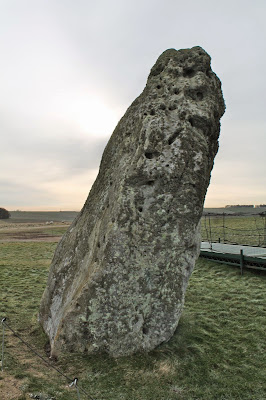 Traditionally, the HeelStone marks the place on the horizon where the summer solstice sunrise appears when viewed from the centre of the stone circle. Every year thousands of people gather to watch this event.

4,500 years ago the sunrise would have appeared about 1° to the left of that shown in the picture below. The change in the angle of the Earth's axial tilt since 2,500BC (from ~24° to ~23.5°) has shifted sunrise to the right by approx. two diameters of the Sun. However, the modern situation is made worse by the trees in the far distance on military land at Larkhill, which displace the sunrise even further to the right. 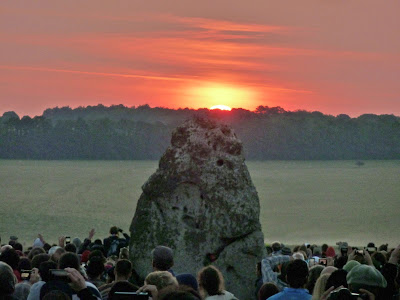 View from the centre looking out towards the HeelStone: 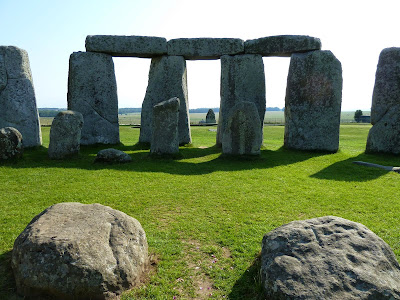 View from the back of the stone circle, behind the Great Trilithon, looking out towards the HeelStone: 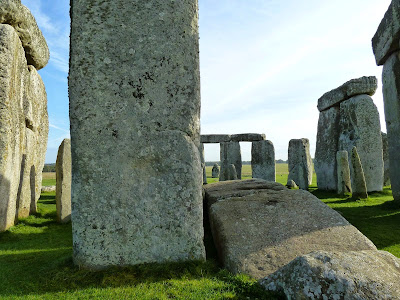 A curious effect occurs immediately after sunrise on the summer solstice. The shadow cast by the HeelStone as the Sun passes behind it reaches up and into the central stone circle through the gap between Stones 30 and 1 (the main entrance way). The photo below shows the shadow of the HeelStone about 10 minutes after sunrise when its shadow has tracked a little way to the right. In 2020 I visited Stonehenge before dawn on the 22nd  June in an attempt to capture a timelapse of the shadow's development. You can read about that visit and view the timelapse in my blog at http://www.stonehengemonument.co.uk/2020/06/the-shadow-of-heelstone.html

Some researchers have suggested that the round stone circle represents the divine feminine and the pointed HeelStone the divine masculine and that the shadow symbolises the ceremonial fertilisation of the Earth Mother by the Sky Father at the height of his power on the longest day.

Other researchers have suggested that the name HeelStone comes from the Anglo-Saxon word "Helan", which means "to conceal". Certainly the Sun would indeed be partially concealed by the tip of the HeelStone immediately after sunrise were it not for those trees on Larkhill horizon.

The alignment from beside the HeelStone looking back towards the stone circle is to the winter solstice sunset. On the shortest day the Sun appears to set into the centre of the circle, and 4,500 years ago this would have been directly between the uprights of the (then still standing) Great Trilithon.

Current thinking is that the winter sunset was more important to the builders of Stonehenge than the summer sunrise. Culturally it seems to make more sense to celebrate the turning point of the Sun at the depths of winter, promising a return of warmth and the beginning of a new cycle.

Winter solstice sunset as seen from the centre of the Avenue beside the HeelStone: 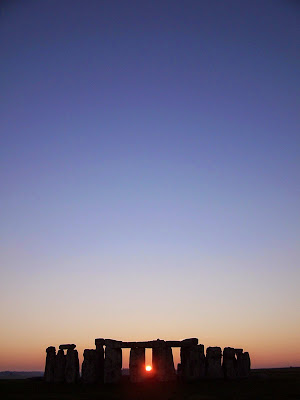 ... and from northeast of the bronze arrow showing winter solstice sunset along the alignment: 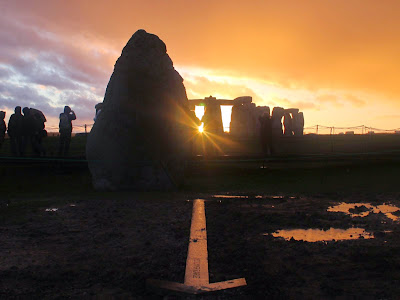 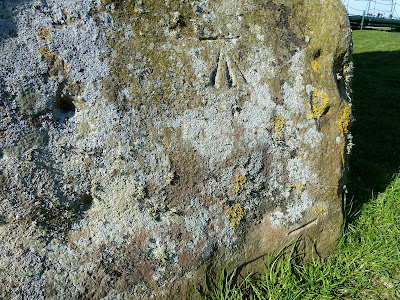 The Heelstone has many natural flaws and cavities, some of which pass right through the stone: 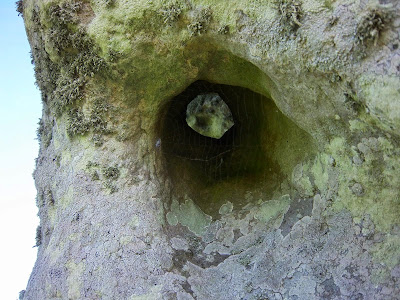