Labels: Lintel, Sarsen, Stone 158
Along with Stones 57 and 58, this lintel fell westwards in 1797 and lay on the ground until 1958 when it was re-erected. During those 161 years it suffered greatly at the hands of souvenir hunters armed with hammers, as can be seen by the conchoidal scars along all of its (previously finely tooled) edges. Contrast its appearance with Stones 53, 54 and 154, its "twin" trilithon on the southeast side which has remained standing for 4,500 years. 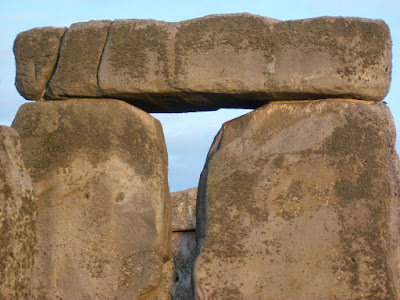 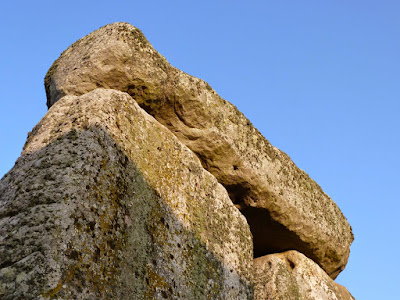 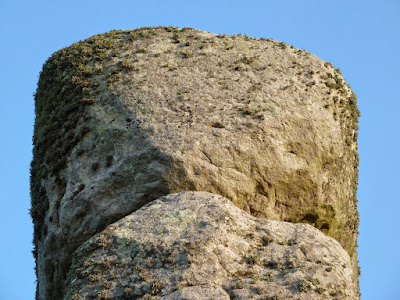 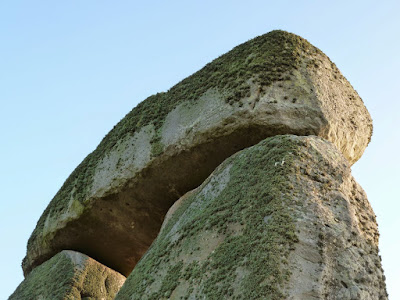 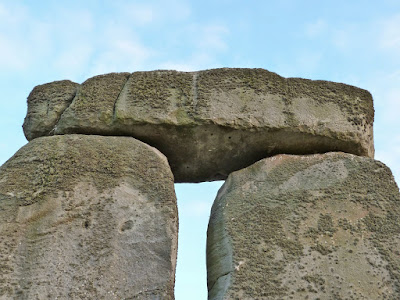 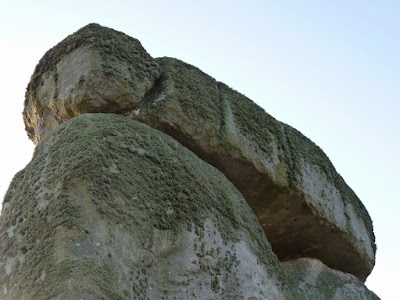 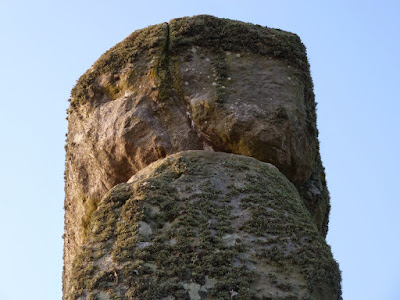 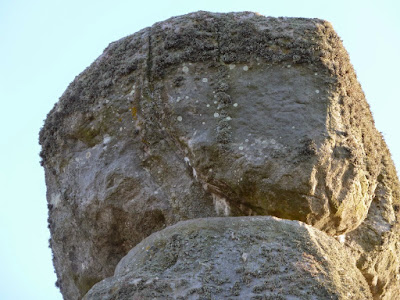 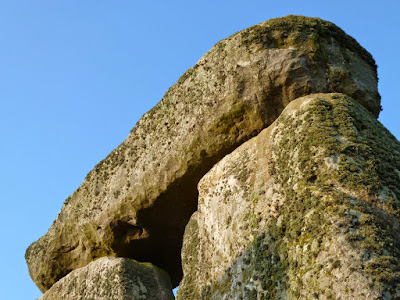 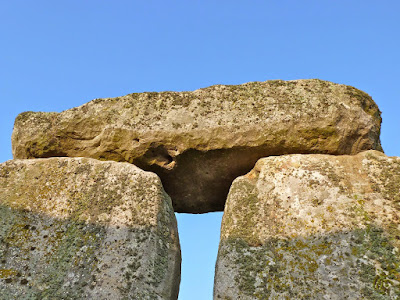 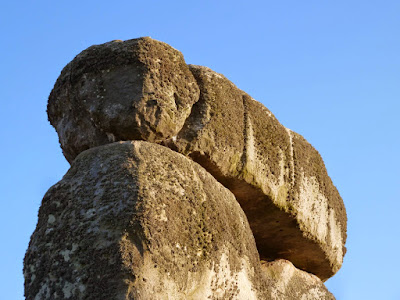 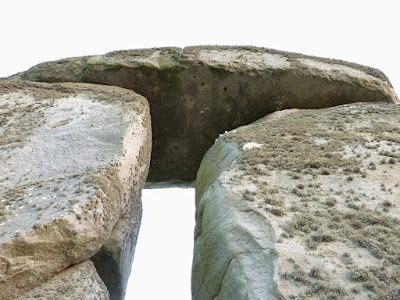 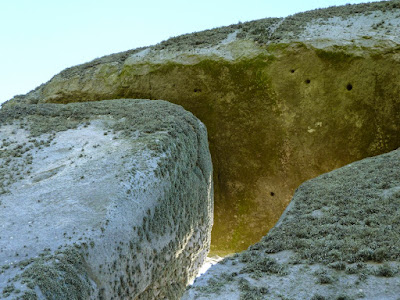 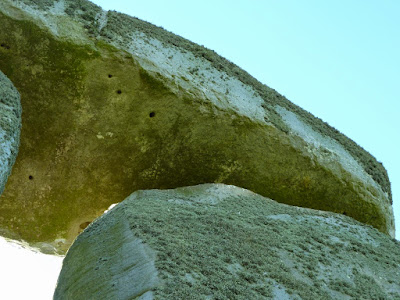 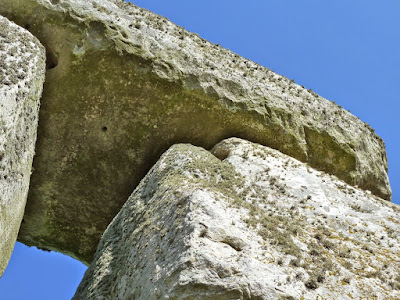 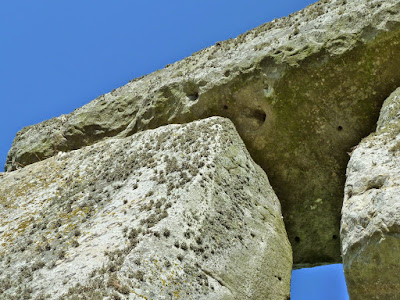 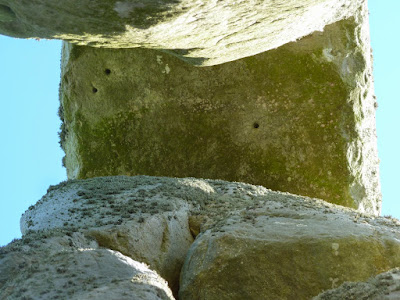 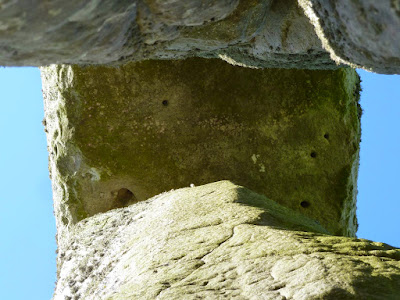 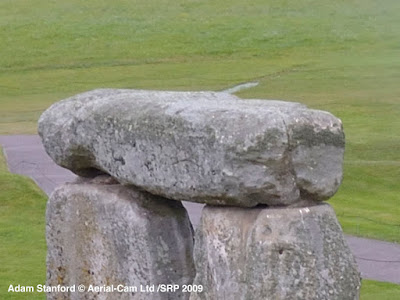 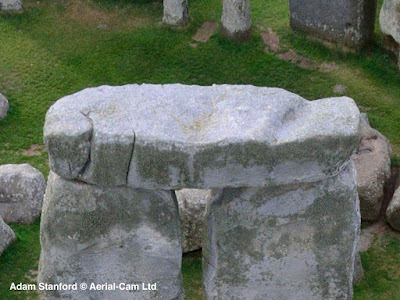